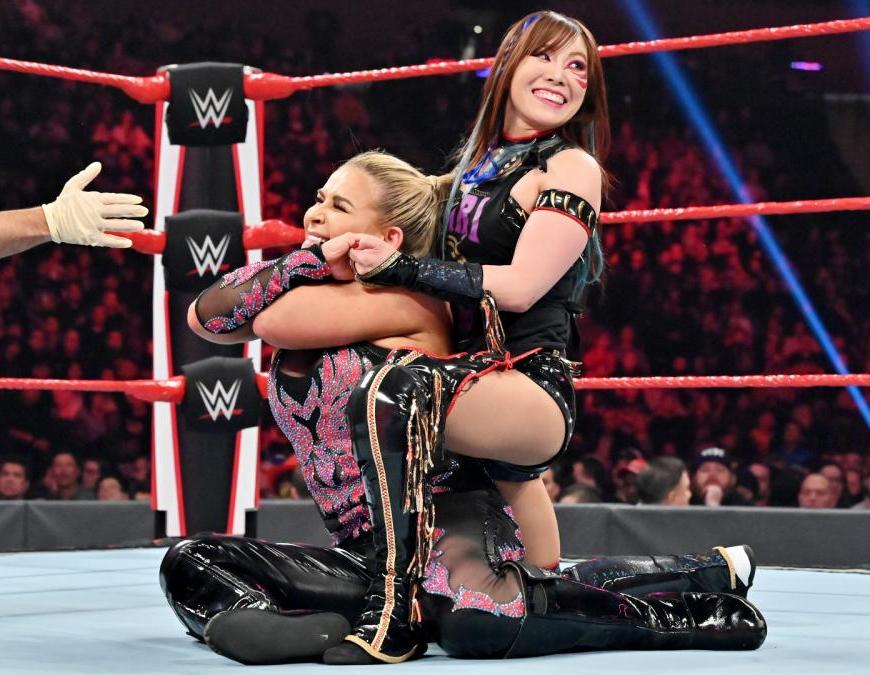 Sunday, Kairi Sane reportedly suffered an injury during the main event of WWE TLC. Luckily, the Japanese star was well enough to appear on Raw last night. There were many questions surrounding Sane following the TLC match. The WWE Women’s Tag Team Champion seemed disoriented several times throughout, causing many to speculate that she sustained a concussion at some point. According to Tom Colohue of … END_OF_DOCUMENT_TOKEN_TO_BE_REPLACED

After a hot backstage segment, WWE revealed The Kabuki Warriors will defend the Women’s Tag Team Championship against Charlotte Flair and Becky Lynch in a TLC match this Sunday. Earlier tonight, Flair tried to convince the Raw Women’s Champion to put their differences aside and challenge their common enemies, Asuka and Kairi Sane. Instead, “The Man” took them on in a handicap match like Charlotte … END_OF_DOCUMENT_TOKEN_TO_BE_REPLACED